Devaraj Urs Chair at the Institute of Development Studies,

Late Sri D. Devaraj Urs, a former Chief Minister of Karnataka, was one of the greatest social/economic/political reformers the State has seen. Among the various changes he brought in during his tenure as Chief Minister, the land reforms in which the tiller of the land became the owner, was far-reaching. It reduced the gulf between the rural landed elite and the landless tenants, thus directly tackling social inequality.

Landmark Decisions of Devaraj Urs
He is remembered as the man who gave a voice to the oppressed. His programs included:
• Education to the “backward” classes of the society.
• Establishment and maintenance of hostels for members of the backward classes and minorities.
• Allocation of stipend funds for the 16,000 odd unemployed members of the minority sections of society.
• Abolition of bonded labour, night soil carrying duties imposed solely on the members of the Dalit castes.
• Land reforms according to which the tiller of the soil became the owner.
• Many development projects such as the Kali project for hydel-power generation.

This Chair was introduced in the name of Late Shi D. Devaraj Urs by the University of Mysore at its constituent Institute of Development Studies, Manasa Gangothri campus, Mysuru, with a corpus of Rs Five lakh contributed by the Government of Karnataka.

The objectives of the Chair are: 1) to examine the development programs introduced by Late Sri Urs to alleviate poverty among the downtrodden and the backward classes, thereby to improve their social and economic welfare, 2) to analyse the impact of legislative measures such as land reforms, debt liquidation and abolition of bonded labour on the society, 3) to investigate the actual status of Government’s reservation to SC’s, ST’s and other backward classes in various areas in the State and to recommend correctives in that direction, 4) to collect and analyse data on the State Government’s programs pertaining to upliftment of backward classes and, based the analysis, to suggest appropriate changes in the programs for the betterment of targeted groups, and 5) to conduct seminars, special lectures and conferences at the IDS, on the vision and mission of Late Sri Urs on the socio-economic welfare of all sections of the society.
The Chair provides for a Visiting Professor of eminence in a social science discipline such as economics, sociology, law, and political science, etc for a period of three/six months on a monthly honorarium of Rs.8000/- with free guest house accommodation during his/her visits.

Currently Dr. M. V. Srinivasa Gowda has been appointed for the post of Visiting Professor for a period of one year, and he has reported for duty on the 30th July 2019. His CV sketch along with his pp-size photograph has been attached herewith. 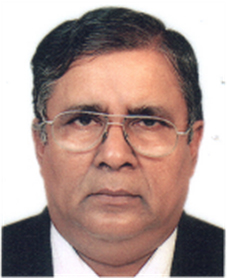